Best Places in Rajasthan: A Trip to India’s Royal State 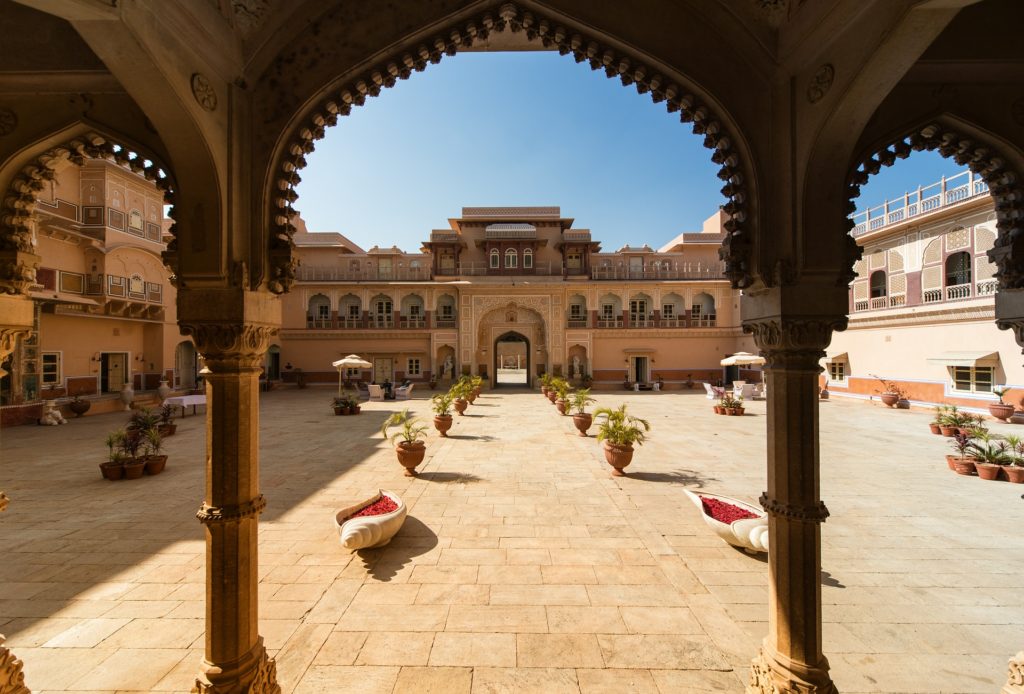 A lot has happened in India in the past there are a lot of famous historical places available in India where people come to visit such places. Rajasthan is known for a lot of historical architectural monuments and its history behind it.

Top Places To Visit In Rajasthan

Hawa Mahal is also known as the palace of breeze or the palace of winds is located in the heart of the pink city Jaipur. It was built in 1799 by the grandson of the great Maharaja Sawai Jai Singh who built Jaipur, Maharaj Sawai Pratap Singh of the Kachhwaha Rajput Dynasty. It was specifically built for women to see and enjoy the festivities and busy life of the city without being in the public.

The 5 storey monument is in the shape of a crown of Lord Krishna with 953 windows and it resembles the honeycomb of a  beehive. The design of the monument is an excellent blend of Hindu Rajput architecture with the combination of Islamic Mughal architecture and the architect of the unique mahal was Lal Chand Ustad.

The structure was made with so many windows and was designed in such a way to get cool breeze so as to survive the heat of Rajasthan. The Mahal attracts national and international tourists visiting the pink city and is located in the southern part of the city of Hawa Mahal Road, Badi Choupad.

The timings to visit the Mahal is 9:30 am to 4:30 pm on weekdays as well as on weekends also. For an amazing experience go as early as possible in the morning as the sun rises its golden rays fall on the mahal giving it a gorgeous and elegant look.

The best time to visit Jaipur is from October to march as the weather in Rajasthan will be pleasant in between this time and comfortable for the tourists to roam.

The Amer fort is situated in Amber which is 11 kilometers away from Jaipur and is one of the most famous fortresses in Rajasthan. Before Jaipur, Amer was the capital of the state Rajasthan. The fort was made by Raja Man Singh in 1592. The fort was made with marble and red sandstone and is surrounded by Maotha lake.

The fort is beautiful on the inside and has various buildings of prominence like ‘Diwan-i-Aam’, the ‘Sukh Mahal’ and the ‘Sheesh Mahal’, even though it looks rusty and old from the outside.  This fort is influenced by both Muslim and Hindu architecture. It also has ‘Ganesh Pol’ which is a gate that leads to private palaces of the king and ‘Shila Devi’ Temple also.

The fort was once known as Dhundar and was ruled by Kachhwahas between the 11th century to the 16th century. The fort has stood against a lot of invasions and attacks and is still there even after such a long time. One can even take an elephant ride to reach the fort, but you will have to reach early in the morning.

Jantar Mantar was created by Maharaja Sawai Jai Singh. Stones are used for building Jantar Mantar and its structure is very complex. When preparation his structure used wood when finding out proper accuracy than repeated stone.

First, we can ticket purchases online and otherwise offline. After entry many guides available to guide to tell all things situated in  Jantar Mantar. Ticket fee for Indian person 50 and another country 200.

The entry time is from 9:00 am to 5 pm. After entry in Jantar Mantar, you can spend your time and see only 30 minutes to 45 minutes after the time period ends you will be out from Jantar Mantar.

Jaipur is a famous city in India there are many historical and best places are here but today I tell you a glorious place that is in  Jaipur city. This place-name is the city palace in Jaipur. It is divided into 9 part royal city stable centers of the city. In that time Maharaj Sawai Singh was a great thinker who created the city of palace architecture on the basis of India science.

Maharaja Sawai Singh and Jai Singh have constructed this palace (city of the palace ). This Architecture matches the Mughal and Rajput structure.city of palace spread in a long area occupying city palace is tucked 17 old cities of Jaipur and the internal side of the palace a big courtyard, gardens, and museum many things also available.

The city palace is open at 9:30 am in the early morning. To see the entire palace maximum time in 1 hrs and two hrs to visit. Entry into museum and Jaipur fort they provide a composite ticket.

The best visiting time for the city palace October to march because at that time the weather is pleasant.

Junagarh Fort is located in Bikaner city and is yet another great infrastructure on our list of best places to visit in Rajasthan. The old name of  Junagarh fort was Chintamani before the 20th century.

Junagarh fort was developed with the old stones that existed in the city. This fort is made by Utsav Vyas in 1478. Bikaner city was established in 1472. Utsav Vyas was the second son of  Maharaja Jayant Vyas.

Structure of Junagarh forts like palaces, temples were created by red sandstone and marble. Junagarh palaces described temples, courtyards, and window fort and temples palaces already preserved in a museum that represents past living style. Junagarh fort architecture is a paradox between medieval history and internal design is very glorious.

After the great wall of China, Kumbhalgarh has the second-highest wall. The boundary walls of this fort span 36km with width ranging from 15-25 feet at different places. Kumbhalgarh Fort stands tall at a height of 1100 meters on the Aravalli range. One of the legendary heroes of India, Maha Rana Pratap was born here.

This fort was built in the 15th century under the supervision of the architect named Mandan and is perfectly settled between eleven peaks of Aravalli ranges. Due to its strategic position atop a high ridge camouflaged by the peaks surrounding, it has made the fort important and probably the only impregnable fort of Rajasthan. It is surrounded by various important structures like Badal Mahal, an astonishing 360+ Brahmanical, the birthplace of Maharana Pratap, Jain temples and Kumbha palace dotting the landscape.

As it is too long, the visitors should wear comfortable footwear for the long steep trek as well as carry water bottles to keep yourself hydrated. To see the light and sound show at 6:45 pm, where history comes alive, letting you know the historical events of the fort.

The tickets for the show are 100 INR for adults and 50 INR for children. At night the fort looks magical as it gets illuminated.

Sam Sand Dunes is the best place in Rajasthan for the tourists to take the feel of the desert, taking a desert safari on the back of a camel at the time of sunset for an amazing view. Jeep safaris are also available for tourists.

There is a festival organized in the months of February and March known as the Desert festival. There are a lot of cultural events that take place at this festival like camel races, folk music, and dances and many cultural activities are conducted.

The tourists can even spend the night at the desert camp, spending a beautiful night in the desert. There are adventure sports also available at Sam Sand Dunes like riding a quad bike or maybe go for paragliding.

There is a Desert National Park and Sanctuary also nearby, it is a perfect example of the ecosystem of the Thar Desert. The sand dunes formed around 20% of the park and major landforms consist of compacted salt lake bottoms and craggy rocks.

As a lot of people have watched the television cartoon “Arabian Nights”, The Jaisalmer Fort is a copy of that fort in real life and the best place to visit in Rajasthan.

Jaisalmer Fort is the most popular landmark of Jaisalmer city as it lies in the heart of the city and is counted as one of the largest forts in the world and the best place in Rajasthan. This fort is a proud chattel of the Bhati Clan and was built in 1156.

The Jaisalmer city was founded by Rawal Jaiswal and the fort was built in his reign only. The fort is 250 feet tall and is protected by 30 feet long walls. The fort constitutes of 99 bulwarks, in which 92 were built between 1633 and 1647. It is a fusion of Islamic and Rajput architecture. Ganesh Pol, Akshaya Pol, Suraj Pol, and Hawa Pol are the 4 gateways to reach the fort.

It has been in many of the battle scenes and is situated on Trikuta Hill. Jain temples, Raj Mahal (Royal Palace) and Laxminath temple are the main attractions inside the fort. This fort is home to a fourth of the city’s population and is one of the few living monuments.

Don’t miss out on the amazing view of the sunset from the fort, it’s a treat to the eyes. When the sun rises and sheds its rays on the fort, it looks golden in color, that is why it is also known as the Golden Fort.

Some Tips for smart traveling

The above discussed was some of the top places to visit in Rajasthan. There are a lot of beautiful places in Rajasthan since the old ages. Many centuries have passed but the historical and architectural beauty of forts and palaces is still there. Rajasthan has some amazing desserts also with a lot of activities for tourists to enjoy there.

History teaches us so many things, as this place is the best place to know more about the old times and the way kings ruled and how they lived. The tourists can relive the moment of how the rulers used to live in Rajasthan in the old times.

Enjoy the folk songs and dances with the traditional food that is provided by this traditional place. Enjoy your time at the desserts of India and shop lots of traditional clothing and items.

Suggested Read: Royal Rajasthan On Wheels- A Luxury Tour Of India, The Maharajas Express-India’s Best Luxury Train, 5 Most Popular Places You Should Add In Your Golden Triangle Tour 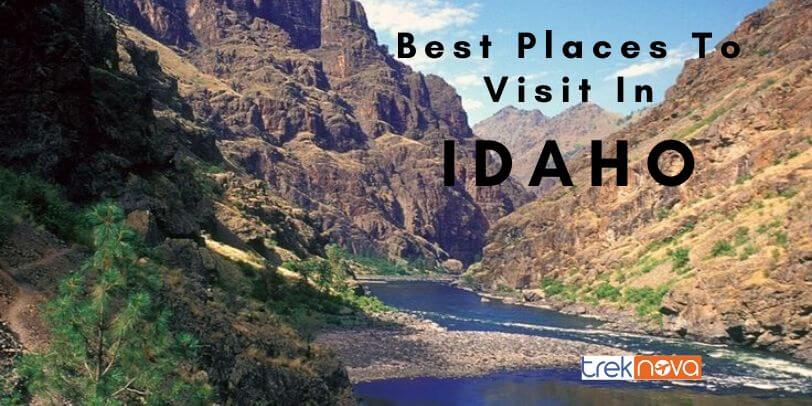 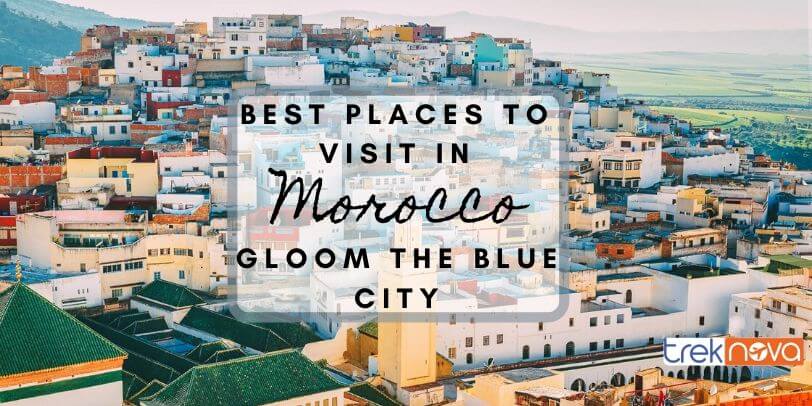 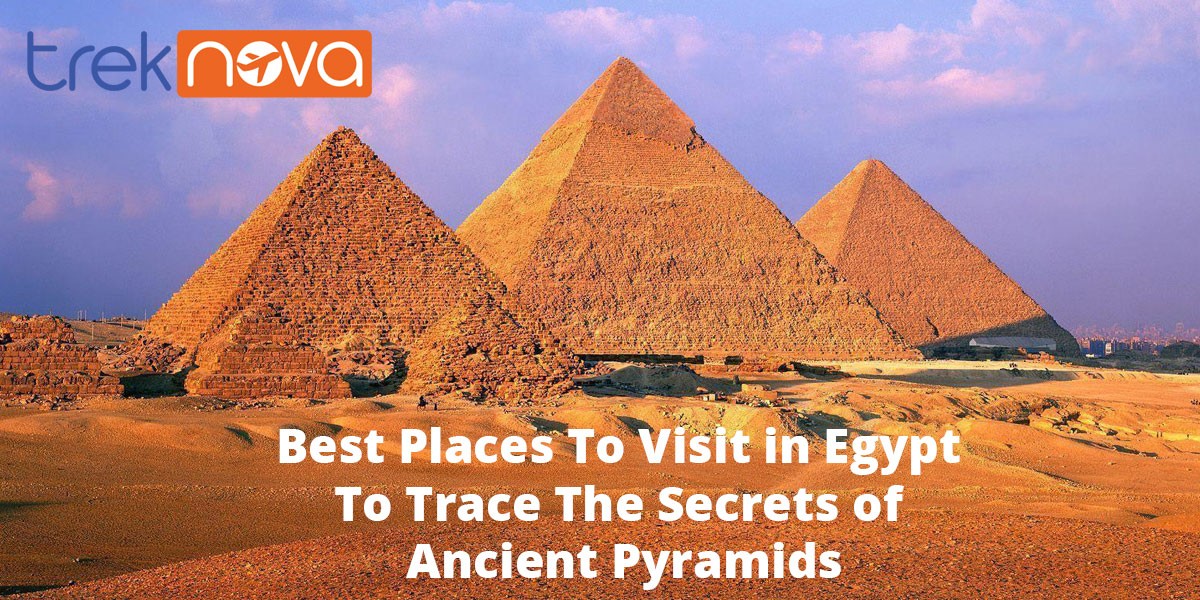